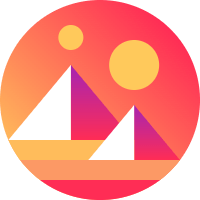 Decentraland price action is, at present, very indecisive. However, while the overall outlook is bearish, especially within the Ichimoku Kinko Hyo system, there is evidence that a turnaround to the upside may be coming soon. Holding the $2.50 level as support is key to any sustained rally higher.

Decentraland has two setups with solid probabilities of becoming profitable trades – one long and one short. A hypothetical long setup with a buy stop order at $3.80, a stop loss at $3.20, and a profit target at $5.80. The trade is based on the simultaneous breakout above the upper trendline of a descending triangle and the bear market trendline. If MANA hits the entry, it converts the $0.02/3-box reversal Point and Figure chart into a bull market.

The hypothetical long trade setup represents a 3.33:1 reward/risk with an implied profit target of 57% from the entry. However, a trailing stop of two to three boxes would help protect any profit generated after the entry is triggered. This long idea is invalidated if Decentraland drops to $2.40.

There is a strong but increasingly unlikely short setup for Decentraland price based on an anticipated triple-bottom breakout. The theoretical short entry is a sell stop order at $2.60, a stop loss at $3.00, and a profit target at $1.40. The short idea is a 3:1 reward/risk with a little over a 40% gain projected from the entry. A three-box trailing stop may be too large for this trade setup, so a two-box trail would be most appropriate.

The short idea is invalidated if the long entry triggers first.